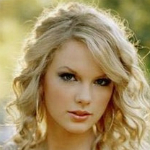 
Multi Grammy winner American singer and songwriter Taylor Swift released her first single in 2006 titled "Tim McGraw" which became a "Top 10 hit” on the country charts. Same year she released her debut album titled "Taylor Swift" and it sold over 2.5 million copies. Her popular singles and successful tracks are "Our Song" which was a No. 1 country music, "Teardrops on My Guitar", "Picture to Burn", "Love Story" and "Should've Said No".

Taylor Alison Swift is daughter of Andrea Swift (one-time marketing executive) and Scott Kingsley Swift who is a financial adviser. She has German, English, some Scottish, Irish, Welsh and 1/16th Italian ancestry. Taylor was named after James Taylor because her mother thought gender neutral name would facilitate her to build a business career. Swift spent her early days on a Christmas tree farm (11-acre) situated in Montgomery County of Pennsylvania. Her family relocated to Wyomissing, PA. She enrolled West Reading Elementary Center and Wyomissing Area Junior/Senior High School at the age of nine. Taylor Swift completed graduation from Hendersonville High School in Hendersonville, TN in 2008.

She was brought up in a Presbyterian family. In her childhood she used to ride her family's neighborhood horses and a Shetland pony. Her grandmother was professionally an opera singer. Swift inspired by her and nearly at the age of 10 she started singing at different local events (including fairs and contests). "The Star-Spangled Banner" sang by her at a Philadelphia 76ers game when she was just 11. At the age of twelve, she started song writing and guitar learning. Swift frequently visited Nashville, Tennessee which is the country music capital to chase her music career. She co-wrote songs there and attempted to achieve a recording deal. By seeing her dedication her family transferred to near Hendersonville, Tennessee, to help flourish Swift's music career. Scott Borchetta's Big Machine Records offered her a contract after watching a stellar performance presented by Taylor at The Bluebird Café in Nashville.

On relationship, "I want a guy who takes charge, but lets me have my say once in a while. A good relationship is all about balance and chemistry.”