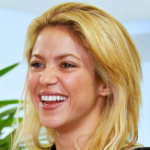 
Grammy-winning pop singer and songwriter Shakira famous for hit numbers like "Whenever, Wherever", "Hips Don't Lie" and "Waka Waka (This Time for Africa)". She is the highest-selling and hugely successful Colombian performer of all time. After Gloria Estefan, Shakira is the second most popular and successful female Latina singer. Her "Waka Waka (This Time for Africa)" number reached over 500 million views. On YouTube, it achieved the seventh most-watched video. UNICEF appointed her as Goodwill Ambassador. United Nations' International Labor Organization honored her in 2010 for her charitable efforts.

Trade Mark : Performs Barefoot in most of her concerts frequently wears tight clothes

Shakira is the youngest child of William Mebarak Chadid and Nidia del Carmen Ripoll Torrado who have eight children. She has Colombian, half Catalan Spanish and half Italian ancestry on her mother’s side and Lebanese ancestry on her father’s side. Her oldest half-brother died in a road accident. A drunken man’s car hit his motorcycle. Shakira was two years old when this accident happened. Her oldest half-sister named Lucy is a surgeon. Her half-brother named Alberto is a lawyer. Tonino is the fourth sibling who was the closest to Shakira and has worked many years as road manager of Shakira. Then sister Patricia is a special education teacher lives in Spain. The youngest brothers Antonio and Edward live in Miami.

She was well-known belly dancer in her school. She wrote poem called "The Crystal Rose" at the age of four and she wrote her first song "Tus Gafas Oscuras" when she was eight. The song was inspired by her father who always wore dark eyeglasses to hide his sorrow of losing his son. She signed her first record deal at the age of thirteen. She won the Best Latin pop Grammy Award in 2001 for her "Shakira: MTV Unplugged (2000)" album. Shakira released Laundry Service which is her first English-language album in 2001. It rapidly earned her the hit and success she had been wishing for. 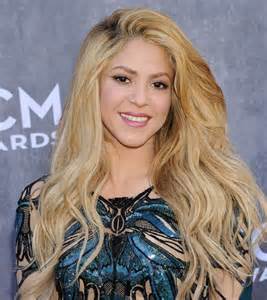