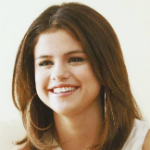 
American Singer and Actress Selena Gomez rose to stardom for her debut character as Alex Russo on Disney's Wizards of Waverly Place. She did lead roles in the films like Another Cinderella Story, Princess Protection Program, Ramona and Beezus, Monte Carlo and Spring Breakers. She created the band Selena Gomez & the Scene in 2008 in which she was the lead singer of the band and she delivered three hit albums with the band. She released her solo debut (Stars Dance) and in 2013 it ranked 1 on the U.S. Billboard chart. Gomez appointed as one of the ambassadors of UNICEF in 2009. She takes C.A.N. (Charity, Action, Now) initiative to help the world's children.

Selena Gomez is daughter of Ricardo Gomez and Amanda Cornett (generally known as Mandy Teefey). She has part Italian ancestry from her mother’s side who was adopted and Mexican ancestry from her father’s side. Her parents separated when she was five years old and she has younger half-sister named Gracie Elliot Teefey through her mother’s remarriage. Through her father’s remarriage she has younger half-sister named Victoria Gomez. She studied in Danny Jones Middle School situated in Texas.

Her natural perception for performing arts came out after observing her mother as she grew up seeing Mandy Teefey who rehearsed for theater productions. Disney discovered her talent by nationwide casting call. Gomez bagged guest appearance as Gwen in The Suite Life of Zack & Cody (2006) for the Disney Channel and afterwards played the wicked Mikayla for the Hannah Montana series. In 2007 she bagged her first leading role as Alex Russo in the TV show Wizards of Waverly Place. After hearing the good news of Selena's life-changing role on Wizards of Waverly Place in 2007 which ran until 2012, she and her mother went to Los Angeles from Texas to initiate a new beginning.