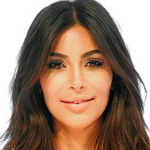 
American reality TV personality, actress, socialite, businesswoman, fashion designer, and model Kim Kardashian rose to stardom with the highest-rated reality show "Keeping Up with the Kardashians” along with her family which includes her step-father Caitlyn Jenner, her mother Kris, her siblings Kourtney, Khloé and Rob Kardashian, younger step-sisters Kendall and Kylie Jenner. She is incredibly successful as an entrepreneur and fashion designer with her own clothing lines. She helps to collect donations by selling on Ebay for the charity "Dream Foundation” which fulfills last wishes to fatally sick adults. She also works for cancer foundations at Children's Hospital of Los Angeles.

Kim Kardashian is daughter of Kristen Mary Houghton (Kris Jenner) and attorney Robert Kardashian. She has Armenian ancestry on her father’s side and mainly English and smaller degrees of Dutch, German, Irish and Scottish ancestry on her mother’s side. Her parents divorced in 1991 and her mother remarried to Caitlyn Jenner. Kim Graduated from Marymount High School, in Bel Air, California in 1998.

Kim started her fashion career as a stylist with her entrepreneurial business skills and became an instant preferred clothing stylist for TV shows, music videos and photo shoots. Kim opened a designer store "Dash" in Calabasas, California in 2006 along with her siblings Kourtney and Khloe. Due to popularity and demand other stores are opened in 2009 and 2010 in Miami and New York. "ShoeDazzle.com", her online company which provides reasonable, stylish shoes was launched in 2009. 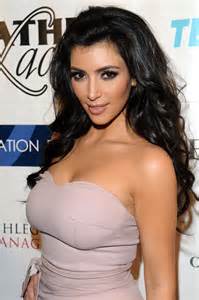 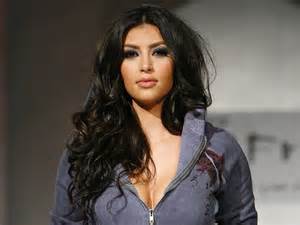 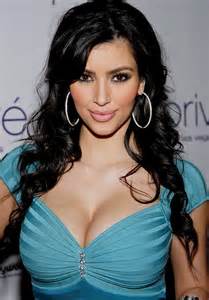