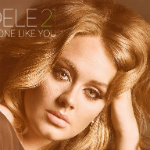 
English Pop singer and songwriter Adele achieved mainstream success at nineteen after releasing the seven times platinum in the UK and double platinum in the US album "19” in 2008. Grammy Award for Best New Artist and Best Female Pop Vocal Performance won by her in 2009. Golden Globe Award, Academy Award and Grammy Award won by her for lead single "Skyfall," the theme which used for James Bond film as same name.

Adele is the daughter of Penny Adkins and Mark Evans. She has English and Welsh ancestry on her parent’s side. Her parents separated when Adele was two and she was raised by her mother. She has a half-brother named Cameron Evans through her father’s remarriage. She spent most of her time singing rather than reading on her growing years. Adele's mother was Jeff Buckley fan and she played 1994 album "Grace" after she'd put the little Adele to bed at night. She completed graduation from the BRIT School for Performing Arts and Technology in 2006. XL Recordings gave her a recording contract after seeing a demo post on Myspace in 2006. She won the Brit Awards "Critics' Choice" award in 2007.